"Ingestion of oral azithromycin and erythromycin places young infants at increased the risk of developing [pyloric stenosis]," wrote the study authors, from the Uniformed Services University of the Health Sciences, in Bethesda, Md. "This association is strongest if the exposure occurred in the first two weeks of life, but persists, although to a lesser degree, in children between 2 and 6 weeks of age."

At 55, Hector Diaz, the owner of Carroll County takeout restaurant Latituude 33 works some pretty long hours. He says he can't really afford to take time off. So - twice - when he had a sinus infection - Diaz says he took this popular antibiotic, known as Z-Pak, or Zithromax.

"The peculiar thing was each time I took the medication, within 5 days. I had a heart attack," said Diaz.

Diaz doesn't what caused his two heart attacks, but his cousin - a doctor - told him about a 2012 study in the New England Journal of Medicine, that found the antibiotic may be linked to a very slight increase in heart rhythm problems - know as ventricular arthymias - that are associated with a increased risk of sudden cardiac death.

Thursday's advisory from Health Canada says a "small absolute increase in the risk of cardiovascular deaths was observed in patients taking azithromycin as compared to those who took no antibiotics and those who took amoxicillin in a recent study."

In March, the U.S. Food and Drug Administration warned that the antibiotic, sold in Canada and the U.S. as Zithromax, can cause abnormal changes in the electrical activity of the heart that may lead to a potentially fatal irregular heart rhythm.

WEDNESDAY, May 1 (HealthDay News) -- The widely used antibiotic azithromycin (Zithromax or Zmax) -- under scrutiny recently because it may increase the risk of death for those with existing heart disease -- appears to be safe for young and middle-aged adults without heart problems, according to a large new study.

Danish researchers evaluated more than a million episodes of azithromycin use, comparing it to both the use of no antibiotics and to the use of penicillin V, from 1997 through 2010. Patients were aged 18 to 64.

"We believe that the results are reassuring," said Henrik Svanstrom, a researcher at Statens Serum Institute, in Copenhagen. His study is published in the May 2 issue of the New England Journal of Medicine.

FDA warns about Zithromax and risk of fatal heart problems

FDA warns about Zithromax and risk of fatal heart problems

The US Food and Drug Administration issued a warning today about the popular and powerful antibiotic azithromycin (Zithromax or Zmax), saying that it could lead to a potentially fatal irregular heart rhythm in patients who are at higher risk for heart problems. These include people with low blood levels of potassium or magnesium or a slower than normal heart rate, or who use certain drugs to treat abnormal heart rhythms, or arrhythmias.

Patients who have existing QT interval prolongation -- a disorder of the heart’s electrical system -- or who have the rarer and more extreme form called torsades de pointes need to be especially cautious about using these antibiotics.

A new study finds that a widely used antibiotic, azithromycin, may increase the likelihood of sudden death in adults, especially those who have heart disease or are at high risk for it. 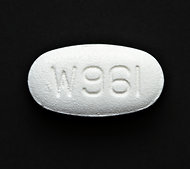 The increased odds of death are small, but significant enough that the authors of the study say doctors should consider prescribing a different drug, like amoxicillin, for high-risk patients who need antibiotics. People at high risk include those with heart failure, diabetes or a previous heart attack, and those who have undergone bypass surgery or have had stents implanted. In such patients, the drug may cause abnormal heart rhythms that can be fatal. Just how the drug might disrupt heart rhythm is not known, the researchers said.

The concerns do not apply to children, because most have very little risk of heart disease, according to the lead author of the study, Wayne A. Ray, a professor of preventive medicine at Vanderbilt University. The study is being published on Thursday in The New England Journal of Medicine.