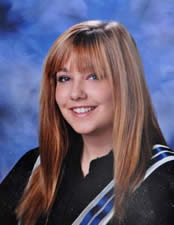 Katelynne “Katt” Fisher died at 18 as the result of a blood clot that, her mother was told, may have been caused by the Yaz birth control pill. (Submitted photo)

Leah Fisher knows no amount of money will bring her daughter back.

She knows the class-action lawsuit she joined against the makers of the commonly used birth control pill she believes to be linked to her daughter’s death will be a hard-fought battle that could very well end in disappointment.

And, she knows the manufacturers of the multi-billion dollar product could likely handle a multi-million dollar payout to all of the complainants involved in the lawsuit and continue on with business as usual.

What she doesn’t know is why a product that may have played a role in the deaths of multiple Canadian women is still on the market.

Fisher says her daughter, Katelynne, started taking the Yaz birth control pill manufactured by Bayer about one month before she suffered a seizure induced by a large blood clot in her brain.

The 18-year-old spent eight days in a coma, suffered strokes and endured an 11-hour surgery as doctors attempted to break the clot apart. The clot proved to be too large, and Katelynne never regained consciousness.

Don’t feel bad if you missed last week’s headline news about the deaths of 23 young women from their birth control. It was a top story for CBC news and a few other Canadian sources, but it was barely a blip on the radar of most U.S. news outlets. Yaz and Yasmin, two similar new-generation birth control pills from Bayer, are suspected in the recent deaths of these young Canadian women.

These are among the best selling oral contraceptives in the world, but this is not the first time Yaz and Yasmin have been suspected of causing death or adverse effects. Earlier this year, Bayer agreed to pay up to $24 million to settle claims from plaintiffs with gall bladder injuries caused by the drugs,and the company set aside $1 billion to settle claims from approximately 4,800 women who have suffered blood clots due to Yaz or Yasmin.As of February, 2013, approximately 10,000 lawsuits against Bayer are still pending in the U.S., and an additional 1,200 unfiled claims are pending. The company anticipates additional lawsuits—and additional settlements—regarding blood clot injuries, such as pulmonary embolisms or deep-vein thrombosis.

(Reuters) - The U.S. Food and Drug Administration on Tuesday said it was investigating the deaths of two patients who died following injections with Eli Lilly and Co's long-acting treatment for schizophrenia, called Zyprexa Relprevv.

The agency said the patients died three to four days after receiving an appropriate dose of the medicine, and had very high levels of the injectable drug in their bloodstreams.

The medicine's package insert label carries a prominent "black box" warning of post-injection delirium sedation syndrome (PDSS), a serious condition in which the drug enters the blood too fast following an injection, causing greatly elevated levels of the drug in the bloodstream.

NEW YORK (Reuters) - Global drugmakers said on Wednesday they would cooperate with an independent review to address concerns of a potential link between widely used diabetes medicines and pancreatic cancer and other safety problems.

The American Diabetes Association (ADA) this week called for a new evaluation of clinical data on drugs used to control blood sugar for patients with type 2 diabetes. They include Merck & Co's $4 billion a year Januvia franchise, Novo Nordisk's Victoza, and Byetta and Onglyza from Bristol-Myers Squibb Co and AstraZeneca Plc, among others.

"People who are taking these medications, or who may consider taking them, should have the benefit of all that is currently known about their risks and advantages in order to make the best possible decisions about their treatment," Dr. Robert Ratner, ADA's chief scientific and medical officer, said in a statement.

Merck & Co. (MRK), Novo Nordisk A/S (NOVOB) and other makers of popular treatments for diabetes may be asked to collect more data on a potential cancer link even as they try to reassure U.S. regulators this week of the drugs’ safety.

The Food and Drug Administration said it’s considering setting up a study, either through the agency or the companies, that looks deeper into whether medicines for Type 2 diabetes, including Merck’s Januvia and Bristol Myers-Squibb Co.’s Byetta, cause pancreatic cell growth that could turn cancerous. One option is a large clinical trial designed to show patterns of adverse events, said Morgan Liscinsky, an FDA spokeswoman.

A debate swirled in the medical community in March with talk of unpublished findings that the FDA said may show pre-cancerous cellular changes in diabetics taking drugs called incretin mimetics. The FDA is reviewing the data and scientists from the agency and the companies are gathering today at the National Institutes of Health to sort it out.

The popular birth-control pills Yaz and Yasmin have been linked to the deaths of at least 23 Canadian women —the youngest just age 14, Health Canada documents say.

The deaths are among about 600 adverse reactions reported among women taking the contraceptives between 2007 and Feb. 28 of this year, Health Canada confirmed Tuesday.

Doctors and pharmacists who submitted the reports to the Canada Vigilance Program said Yaz and Yasmin are suspected in the 23 deaths. The reports say most of the women died suddenly after developing blood clots, a known risk with the pills.