To protect profits, Roche researchers turned a blind eye to animal studies that found Accutane could cause bleeding and bowel blockages in users, said Michael Hook, an attorney for James Marshall, who played U.S. Marine Louden Downey in the 1992 hit movie “A Few Good Men.”

Jurors in state court in Atlantic City, New Jersey, are hearing claims by Marshall and two other ex-Accutane users that the drug destroyed their intestinal systems.

“These people have been seriously hurt,” Hook told the seven-woman, one-man jury today in opening statements.

About 16 million people have taken Accutane, once Roche’s second-biggest selling drug, since it went on the market in 1982, according to plaintiffs’ lawyers. Basel, Switzerland-based Roche, the world’s biggest maker of cancer drugs, pulled its brand-name version of Accutane off the market in 2009 after juries awarded millions of dollars in damages to former users over bowel-disease claims. Roche has lost all seven cases that have gone to trial.

Drugs made by Merck & Co., Roche Holding AG and Novartis AG designed to prevent bone breaks in older women may actually increase the risk of a rare form of leg fractures, a study found.

Women ages 68 and older who took the medicines, called bisphosphonates, for five years or more were 2.7 times more likely to be hospitalized for fractures in part of the thigh bone, according to the study, published today in the Journal of the American Medical Association. The bone breaks, known as atypical femur fractures, are rare and the risk is outweighed by the benefits of the drugs for most patients, researchers said.

The U.S. Food and Drug Administration in October changed the warnings on the drug labels for bisphosphonates and notified patients and doctors of an increased risk of the rare bone breaks. The agency continues to study the breaks, which account for less than one percent of hip and femur fractures overall, according to the FDA’s website.

The new cases of potentially fatal progressive multifocal leukoencephalopathy, or PML, were detected between Jan. 7 and Feb. 2, bringing the total number of confirmed cases to 95 and deaths to 20 since the drug was reintroduced into the market in July of 2007, Biogen said.

Biogen, which markets the drug with Ireland-based partner Elan Corp Plc (ELN.I), said the overall rate of PML cases per 1,000 patients has edged slightly higher to 1.16. In November it had been 1.0.

The number of new PML cases per month has been climbing. Four new cases were reported in November and six in December.

The Ketek antibiotic scandal at Sanofi-Aventis (SNY) is receding into ancient history (if you agree that 2007 is “ancient”), so it’s not until you read this new class action ruling that you are reminded just how cynical and broken the pharmaceutical business can be.

Basically, Sanofi knew in October 2001 that one of its main researchers on the drug was probably faking her data. That researcher was indicted for research fraud in April 2003. Yet in April 2004, the FDA approved Ketek for sale even though both it and Sanofi knew the data on which the approval was based was entirely bogus. In 2007, after 53 cases of liver failure including four deaths, the FDA all but withdrew Ketek from the market.

If that hasn’t got your blood boiling, the judge’s ruling in the case will: He holds that Sanofi can’t be sued by health benefit providers for defrauding them of prescription costs because each patient who received the drug was seen by a doctor. The doctor’s decision to write a Ketek prescription removes the “proximate cause” necessary to establish that the plaintiffs paid for the drug based on fraud — even though the only reason the drug was on the market was because of Sanofi’s fraud, and individual doctors are in no position to know whether drugs are backed by fraudulent data or not. 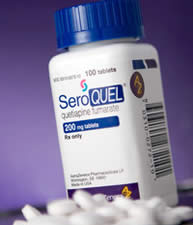 Merck & Co.’s osteoporosis drug Fosamax didn’t cause so-called jaw death in a Pennsylvania woman, because the drug doesn’t cause the disease and the woman never had it, a lawyer for the company told a jury.

The company’s attorney, Christy D. Jones, made her closing arguments today in Atlantic City, New Jersey, at the close of the first state-court trial over the drug. Alison Rosenberg, 67, sued claiming she developed osteonecrosis of the jaw as a result of taking Fosamax.

Merck, based in Whitehouse Station, New Jersey, as of Sept. 30 faced about 1,180 Fosamax cases, including suits with multiple patients, the company said in a November regulatory filing. About 300 cases in New Jersey have been centralized with Superior Court Judge Carol E. Higbee in Atlantic City.

Merck won two of the three cases that went to jury verdicts in Manhattan federal court. A jury awarded $8 million to one plaintiff. U.S. District Judge John Keenan later reduced the award to $1.5 million. About 850 Fosamax cases are before Keenan.

The Rosenberg jurors are scheduled to begin their deliberations tomorrow. If they find for the plaintiff and award damages, they would then hear evidence for and against punitive damages. The Atlantic City trial started Jan. 24.

Pfizer, the world’s largest drugmaker, will settle more than 2,200 lawsuits alleging the company’s Wyeth unit hid Prempro’s cancer risks, the people said. They spoke on the condition of anonymity because they weren’t authorized to speak publicly about the accords. The cases settled for an average of about $150,000, the people said.

“The reported settlement terms are not accurate and beyond that, we do not comment on our litigation strategy,” Chris Loder, a spokesman for New York-based Pfizer, said in a telephone interview today.

Pfizer Inc. must pay more than $10 million in damages to an Arkansas woman who blamed her cancer on the company’s Prempro menopause drug, after an appeals court reinstated a jury verdict.

A Pennsylvania appeals court yesterday overturned a judge’s ruling that Pfizer’s Wyeth unit deserved a new trial in connection with Mary Daniel’s claim that Prempro caused her breast cancer. A Philadelphia jury in 2007 awarded Daniel and her family $1.5 million in compensatory damages and $8.6 million in punitives on her claim, according to Esther Berezofsky, one of the family’s lawyers.

The appellate judges concluded no “fraud on the court took place here and a new trial should not have been granted,” according to the 55-page decision from the Superior Court of Pennsylvania.

Officials of New York-based Pfizer said they were disappointed with the decision and considering their legal options.

Feb. 8 (Bloomberg) -- Pfizer Inc., the world’s largest drugmaker, must pay $1.68 million plus undisclosed punitive damages to a woman who blamed her breast cancer on the Prempro menopause drug, after an appeals court reinstated a verdict.

In 2007, a trial jury in Philadelphia Court of Common Pleas awarded Mary Daniel and her family $1,681,650 from Pfizer’s Wyeth unit, plus punitive damages that the court kept secret. A judge later overturned the verdict. Daniel filed an appeal with the Superior Court of Pennsylvania.

The three-judge panel ruled yesterday that “contrary to Wyeth’s contentions,” no “fraud on the court took place here and a new trial should not have been granted” by the lower court.

“The company disputes the fairness of the previous trial and the appropriateness of the jury’s verdict. We are considering all our legal options,” Christopher Loder, a spokesman for New York-based Pfizer, said today in an e-mailed statement.

Annual sales of Wyeth’s hormone-replacement drugs once topped $2 billion before the Women’s Health Initiative study, sponsored by the U.S. National Institutes of Health, suggested that women on the therapy had a 24 percent higher risk of breast cancer.