Dec. 23 (Bloomberg) -- Amylin Pharmaceuticals Inc. fell the most in more than eight months in Nasdaq trading after a Citigroup analyst said U.S. drug regulators are requiring more studies of the diabetes drug Byetta to assess its safety.

San Diego-based Amylin and Indianapolis-based Eli Lilly & Co., which co-market the drug, announced Oct. 30 that the Food and Drug Administration had cleared the drug for use as standalone therapy for Type 2 diabetics and that prescribing information would warn about the risk of pancreatitis, an inflamed pancreas, in patients with severe kidney disease. That statement didn’t say the FDA wanted more studies.

Citigroup analyst Yaron Werber said today in a note to investors that he had obtained a copy of the FDA’s approval letter and that the agency was requiring animal and human studies aimed at clarifying the risk of pancreatitis posed by the drug. A statement e-mailed by Lilly and Amylin today said most of the requested studies are under way and have shown no increased risk of pancreatitis in patients taking Byetta.

Goodwin announced on Dec. 21 that he and judges from West Virginia, New Jersey, Texas and Pennsylvania will conduct a hearing in his court on Oct. 13 and 14.

"The court recognizes that each state may have its own standards and procedures for expert testimony designed to ensure the reliability and relevance of evidence based upon scientific, technical and other specialized knowledge," he wrote.

Goodwin presides over hundreds of Digitek suits by appointment of the U.S. Judicial Panel on Multi District Litigation.

While the federal panel has sent hundreds of cases to Goodwin, hundreds of other cases remain pending in state courts.

In West Virginia, the Supreme Court of Appeals has consolidated Digitek cases from state courts and assigned them to the court's mass litigation panel.

Circuit Judge Alan Moats of Grafton, chair of the state's mass litigation panel, will join Goodwin at the hearing in October.

They will address scientific and technical issues pursuant to a 1993 decision of the U.S. Supreme Court in Daubert v. Merrell Dow Pharmaceuticals, Goodwin wrote.

By JARED A. FAVOLE

Still, the FDA said it can't "definitively" rule out that the drugs may be associated with increased cancer risk.

"Based on the currently available information, FDA believes it is unlikely that Vytorin or Zetia increase the risk of cancer or cancer-related death, but at this time an association cannot be definitively ruled out," the agency said in a posting on its Web site Tuesday.

The FDA's views come after it finished a review of a clinical trial that shocked investors and the medical community when it showed an increased risk of cancer and deaths from cancer in patients taking Vytorin compared with those given a placebo.

Vytorin is a single-tablet combination of the drugs simvastatin and Zetia, which work by different mechanisms to lower bad cholesterol. Simvastatin is sold by Merck under the brand Zocor, but has been available from several generic manufacturers after losing U.S. patent protection in 2006.

The FDA has been reviewing Vytorin since the results of a study known as Enhance showed that Vytorin was no better than less-expensive simvastatin, at slowing artery-clogging despite reducing bad cholesterol to a greater degree. 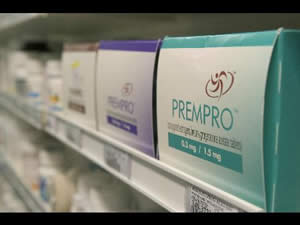 Dec. 23 (Bloomberg) -- Jurors said in 2007 that a Pfizer Inc. unit should pay more than $8 million in punitive damages to a woman who blamed the company’s menopause drugs for her breast cancer, according to people familiar with the sealed figure.

A Philadelphia jury in January 2007 awarded Mary Daniel compensatory damages of $1.5 million in her lawsuit against Pfizer’s Wyeth subsidiary over its Prempro menopause treatment. The panel recommended she get more than $8 million in punitive damages if an appeals court found she was entitled to such an award because of bad conduct by the company, people with direct knowledge of the figure said.

The $8 million figure was sealed pending an appeal. A judge in Philadelphia refused last month to make it public. A Pennsylvania appellate court heard arguments in Wyeth’s challenge to the verdict on Dec. 1. Wyeth wants the jury’s $1.5 million compensatory award thrown out. Daniel’s lawyers are seeking to have punitive damages added to it.

“U.S. courts are presumed to be open to the public under our democratic system, and sealed verdicts cast doubt on the fairness of the third branch of government,” Michael Allen, a Stetson University law professor who has written articles on punitive damages, said in an interview.

With this case, juries have said women deserved more than $173 million in punitive damages in lawsuits linking hormone- replacement drugs and breast cancer since the cases began going to trial in 2006. More than 6 million women have taken the medicines to treat menopause symptoms including hot flashes, night sweats and mood swings.

Back in November 2008, we wrote that a New York State appeals court had affirmed lower court dismissals of three product liability actions (fourth item) against Pfizer by Michigan residents over injuries they allegedly suffered from taking the anti-cholesterol drug Lipitor. We noted then that the Michigan plaintiffs had hoped to sidestep their home state's defense-friendly tort laws in drug cases by bringing the cases in New York, where Pfizer is headquartered. Neither the trial judge nor the appellate court bought the plaintiffs' jurisdiction arguments in those cases, and now the pattern has repeated itself in a consolidated Lipitor product liability case brought by a Georgia man and 16 other out-of-state plaintiffs before the same New York courts.

On Tuesday, New York State's first appellate department affirmed a June 2008 ruling by trial judge Martin Shulman dismissing a case against Pfizer brought by Georgia resident Charles Wilson, who claimed to have suffered peripheral neuropathy, memory loss, disorientation, and depression from taking Lipitor in 2002 and 2003. The appellate court, considering an appeal of Wilson's case consolidated with 16 others, agreed with Judge Shulman's ruling on grounds of forum non conveniens.

Bayer Corp. was named in at least a half-dozen federal lawsuits filed this week in Pittsburgh alleging the company's birth control products called YAZ and Yasmin are unsafe and potentially deadly.

The complaints are among some 150 nationally so far that target the Robinson-based company over its marketing of the contraceptives, Bayer said.

Each of the six most recent civil complaints seek a total of $150,000 in punitive and compensatory damages. None of the plaintiffs are from the Pittsburgh area.

One such lawsuit was filed by a Columbia, Md., woman, who began taking Yasmin in January 2007 and suffered "serious and life-threatening side-effects" as a result, the complaint alleges.

Those side effects include pneumonia and pulmonary embolism, the blockage of an artery in the lung by a substance that traveled through the bloodstream.

Bayer is aware of the lawsuits and will "defend itself vigorously," said spokesman Bryan Iams.

"The complaints we have reviewed so far pertain to side effects that are warned about in the labeling of all contraceptives, including ours," said Iams.

Yasmin was approved for marketing by the Food and Drug Administration in 2001. The agency in 2006 approved a successor drug, YAZ, which is almost identical and likewise marketed by Bayer.

Pfizer, the world’s largest drugmaker, and other drug companies were sued in New York State Supreme Court in 2005 by Elizabeth Ansley. She and other plaintiffs allege in separate complaints they were diagnosed with breast cancer after being prescribed hormone therapy medications including Premarin, Prempro and Provera.

Ansley, a resident of New York, alleged drugmakers made claims regarding the health benefits of their hormone therapy drugs that were “false and misleading” which thereby “fraudulently induced physicians and patients alike to use their drug with the false assumption that such drugs had been sufficiently tested.”

“While plaintiffs’ proffered evidence is extensive, a review of the material and the record as a whole contain no evidence of fraud, misrepresentation or deception,” New York State Supreme Court Justice Martin Shulman said in a decision filed Dec. 14 and made public today.

Shulman granted defendants’ motion for summary judgment, or dismissal before trial, on lawsuits brought by Ansley and the 22 other plaintiffs. He also concluded the plaintiffs didn’t file their complaints within the state three year statute of limitations.

The judge cited the “ongoing medical debate as to the risks versus benefits of taking HRT,” he wrote. “Though this debate does not appear to be settled, the potential risk of contracting breast cancer from taking HRT medication was well known and at all times out there in the stream of public information.”

By Cary O’Reilly and Jef Feeley

Dec. 15 (Bloomberg) -- Pfizer Inc. asked a judge to order the removal of an Internet video about its menopause medicines that the company says is misleading and aimed at swaying potential jurors in future trials over the pills.

The video, posted by plaintiffs’ lawyers who recently won more than $78 million in damages in a Pennsylvania trial over Pfizer’s Prempro hormone-replacement drug, violates state legal- ethics rules and threatens the integrity of pending cases, Pfizer’s attorneys said in a court filing. The video, titled “Prempro News Segment,” is posted to the YouTube.com Web site.

“Plaintiff’s counsel should be compelled to remove this video from the Internet and refrain from making any further inflammatory and prejudicial public statements” until the litigation is resolved, Pfizer’s lawyers said in a motion filed yesterday in Philadelphia Common Pleas Court.

Defense lawyers in the Yaz mass tort litigation in Philadelphia Common Pleas Court want to ask about the comprehensive history of contraceptive use by plaintiffs alleging that the birth control pills Yaz, Yasmin and Ocella caused them injury. Plaintiffs lawyers are in opposition out of the concern that some plaintiffs will be dissuaded from continuing their lawsuits because of questions that would delve into their sexual history.

A hearing was held Friday on whether the defendants could ask plaintiffs on a litigation questionnaire about any contraceptive methods they have used to prevent pregnancy beyond hormonal birth control methods. The Yaz/Yasmin/Ocella mass tort cases will likely become one of the high-volume programs in Philadelphia's Complex Litigation Center.

During the hearing, Judge Sandra Mazer Moss, coordinating judge of Philadelphia's mass torts program, said she was surprised the defendants weren't asking how many partners the female plaintiffs had.

"Then we could put out a brochure and everyone will know," Moss said.

As much as the judge appeared to indicate that the defendants might be overreaching, the judge said that the defendants are entitled to some information about other contraceptives the plaintiffs have used. The pharmaceutical company defendants include Bayer Corp., which is headquartered in Pittsburgh and is one of the several Bayer corporate entities being sued in the litigation. 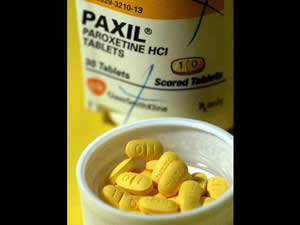 Dec. 14 (Bloomberg) -- GlaxoSmithKline Plc has paid almost $1 billion to resolve lawsuits over Paxil since it introduced the antidepressant in 1993, including about $390 million for suicides or attempted suicides said to be linked to the drug, according to court records and people familiar with the cases.

As part of the total, Glaxo, the U.K.’s largest drugmaker, so far has paid $200 million to settle Paxil addiction and birth-defect cases and $400 million to end antitrust, fraud and design claims, according to the people and court records.